For over 70 years, PIZ BUIN® has been providing sun lovers and summer chasers with suncare solutions that help achieve a perfect balance between getting a beautiful tan whilst protecting your skin form the suns harful rays.

Piz Buin is thus not only a tanning brand, but a skincare product that should be included in your daily skincare regime. All Piz Buin suncare products contain advanced UVA/ UVB sun protection to ensure you get effective sun protection.

Enjoy life in the sun, safely. 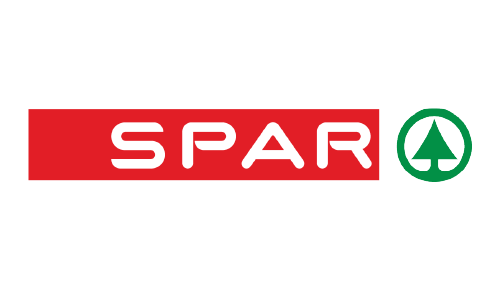 GOT QUESTIONS WE'VE GOT THE ANSWERS:

UVA and UVB radiation are familiar terms, but what do they mean and how do they affect us?

Ultraviolet (UV) rays are invisible and are divided into UVA, UVB and UVC rays. UVA rays cause long-term skin damage, including skin cancer and premature skin ageing, while UVB rays are the main cause of sunburn. Approximately 10 times more UVA rays reach the earth’s surface than UVB rays. UVC rays are absorbed by the earth’s atmosphere and don’t affect the skin.

The intensity of sun radiation is dependent on several factors, including the time of year, time of day, latitude, altitude, ground reflections and weather conditions. The sun is brighter at midday, for example, and at high altitudes, less UV radiation is absorbed by the thinner atmosphere. Effects of the Sun

The sun makes life on earth possible, but it can also have harmful effects — especially without sufficient sun protection.

PPD appears during exposure and remains for up to several days. It is not protective.

Sunburn: If you don’t protect yourself from high doses of UV rays, these rays will start penetrating the layers of the skin. Eventually, blood vessels below the skin’s surface will expand and leak fluids, causing inflammation and redness. Sunburn normally first appears 2-6 hours after the start of exposure, reaches its maximum intensity within 24-36 hours and disappears after 3-5 days.

Tanning starts 3-5 days after sun exposure, when special skin cells called melanocytes start synthesising melanin, the body’s natural tanning pigment. Melanin is then transferred to neighbouring cells called keratinocytes, which are the main cell type in the epidermis or upper layer of your skin. Unlike immediate pigmentation, actual tanning does help protect against the harmful effects of UV radiation. Tanning fades progressively, but remember that people with a natural suntan also need to apply sunscreen, as a tan does not provide sufficient protection from UV exposure.

Skin ageing: Sun exposure plays a major role in the skin’s ageing process. Up to 90% of all visible signs of ageing can be attributed to the harmful effects of sun exposure.

Skin cancer, or malignant melanoma, appears to be caused by damage to the DNA structure of skin cells that are exposed to the sun — with just 5% of all carcinomas occurring on areas of the skin that are not exposed. Damage to these skin cells leads to the growth of degenerated cells that in turn result in cancer. In Europe, skin cancer is far more prevalent in the north, where people’s skin tends to contain less pigmentation.

Solar intolerances: The most common type of sun-induced skin eruption is the benign summer light eruption (BSLE). Particularly common among young women, BSLE appears as small, itchy papules on the throat, upper chest and back of the forearms. The condition appears within hours after intense sun exposure and disappears within a few days.

What does the Piz Buin Tan and Protect range do?

Whether you’re just getting a burst of sun on a weekend city break or planning to hit the beach for a long, relaxing holiday, PIZ BUIN TAN & PROTECT® Oils, Lotions and Sprays, will help you get the most out of your time in the sun.

PIZ BUIN TAN & PROTECT® combines effective UVA/UVB protection with Illumitone™. by increasing the production of the skin’s tanning pigment by up to 70%*, Illumitone™ is proven to accelerate the speed of the natural tanning process – for a naturally faster, more beautiful tan.

Is there a range for Allergies/sun sensitive skin?p Look Without Applying Make-up?

Yes, Piz Buin is one of the first sun care brands to develop an Allergy specific range of sunscreens.

With sun sensitive skin, even minimal exposure to UV rays can cause prickly sensations and blotchiness making it difficult to enjoy the sun. PIZ BUIN® ALLERGY is specially developed with dermatologists to protect sun sensitive skin. It combines immediate and effective UVA/UVB sun protection with CALMANELLE®, a unique anti irritant shield complex* proven to help strengthen the skins’ resilience to the sun. CALMANELLE® is formulated with the powerful anti-oxidant FEVERFEW PFE™ to help increase the skin cells tolerance* to the sun.

PIZ BUIN® ALLERGY, embrace the sun without the worry.

PIZ BUIN® MOISTURISING Sun Lipstick helps to protect your lips from the harmful effects of UVA/ UVB exposure while providing them with intense moisturization and with added Aloe Vera, expect nothing but the most nourished, soft well protected lips.

What is the Piz Buin Ultra-Light collection?

Most sun products provide adequate protection but can compromise on either absorption or skin hydration.

With PIZ BUIN® ULTRA LIGHT, you can have both!

PIZ BUIN® ULTRA LIGHT sprays and fluids hydrate your skin just like a moisturizing sun lotion, keeping it soft and supple during sun exposure. And thanks to their ultra-light non-greasy texture they absorb instantly and invisibly without leaving white marks just like a clear spray. WHAT IT IS:
An ultra-luxurious blush, infused with Murumuru Butter to deliver a radiant Brazilian goddess glow! Incredibly creamy and soft texture combines the best features of a powder and cream blush, to deliver a lit-from-within tropical glow unlike any other.

WHY IT’S GOOD FOR YOU:
Infused with a powerful blend of Murumuru Butter, Cupuaçu Butter, and Tucuma Butter, from the lush and nutrient-rich Amazon. Packed with essential fatty acids and pro-vitamins that soften, condition and moisturize skin, leaving it silky soft. How To Use:
Use as a makeup and face primer, or with your daily skin care routine. Can be used alone, under, or over makeup. Ultra-rich bronzer formula instantly melts into skin, sealing-in moisture to deliver instant and lasting hydration. Incredibly creamy and soft texture combines the best features of a powder and cream bronzer, to deliver a lit-from-within tropical glow unlike any other.

Infused with a powerful blend of Murumuru Butter, Cupuacu Butter and Tucuma Butter, from the lush and nutrient-rich Amazon. Packed with essential fatty acids and pro-vitamins that soften, condition and moisturize skin, leaving it silky soft.

How To Use:
May be worn alone or over makeup. Using sponge applicator, glide over face and neck for a natural-looking tan glow. To accentuate and contour, apply more over cheekbones.
Mirror & applicator included.

Unique palette of multi-colored pearls blends together to create an instantly glowing complexion and a perfectly even skin tone.

How To Use
May be worn alone or over makeup. Lightly brush powder over face and neck to even out skin tone. For the most even application, be sure to tap excess powder from brush before applying. For best results on dry to very dry skin, apply moisturizer prior to using powder.

What It Is: A universally flattering illuminating primer that blurs, corrects, and protects to deliver a radiant, spotlight glow.
Why It’s Good For You: Enriched with Antioxidants and Age-Defying Actives to protect the skin against environmental aggressors. Optical Blurring Agents and 5 Unique Filtering Pearls improve the appearance of skin tone making the complexion radiant and bright.
Key Ingredients: Age-defying Actives, Vitamin A & E Antioxidant Blend, 5 Unique Filtering Pearls, Optical Blurring Agents

How To Use:
Apply evenly over clean face and blend with fingertips. Can be worn over foundation

Sunpac is South-Africa’s leading distributor of top international brands and involves importing, warehousing, sales, and marketing to the local market. Interested in doing business with us? Ⓒ 2020 - All Rights Are Reserved Life Made Easy By Sunpac.

Ⓒ 2020 - All Rights Are Reserved Life Made Easy By Sunpac.

We use cookies on our website to give you the most relevant experience by remembering your preferences and repeat visits. By clicking “Accept All”, you consent to the use of ALL the cookies. However, you may visit "Cookie Settings" to provide a controlled consent.
Cookie SettingsAccept All
Manage consent

This website uses cookies to improve your experience while you navigate through the website. Out of these, the cookies that are categorized as necessary are stored on your browser as they are essential for the working of basic functionalities of the website. We also use third-party cookies that help us analyze and understand how you use this website. These cookies will be stored in your browser only with your consent. You also have the option to opt-out of these cookies. But opting out of some of these cookies may affect your browsing experience.
Necessary Always Enabled
Necessary cookies are absolutely essential for the website to function properly. These cookies ensure basic functionalities and security features of the website, anonymously.
Functional
Functional cookies help to perform certain functionalities like sharing the content of the website on social media platforms, collect feedbacks, and other third-party features.
Performance
Performance cookies are used to understand and analyze the key performance indexes of the website which helps in delivering a better user experience for the visitors.
Analytics
Analytical cookies are used to understand how visitors interact with the website. These cookies help provide information on metrics the number of visitors, bounce rate, traffic source, etc.
Advertisement
Advertisement cookies are used to provide visitors with relevant ads and marketing campaigns. These cookies track visitors across websites and collect information to provide customized ads.
Others
Other uncategorized cookies are those that are being analyzed and have not been classified into a category as yet.
SAVE & ACCEPT